Need help with with ebooks? Check out our ebook Libguide. 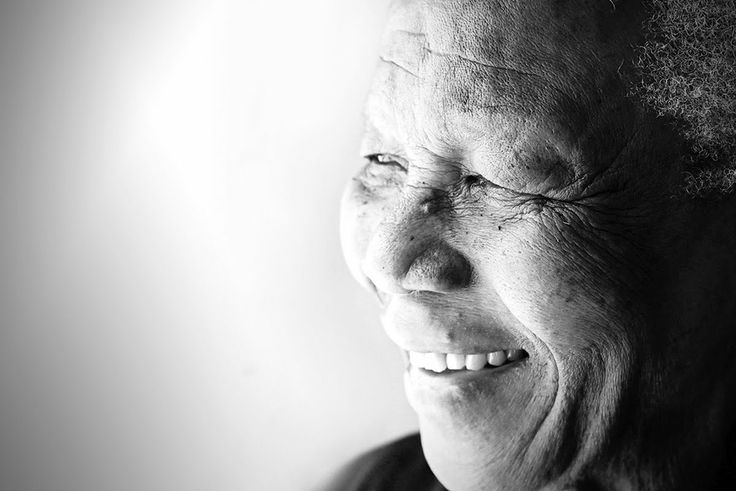 "Nelson Mandela was born on July 18, 1918, in Mveso, Transkei, South Africa. Becoming actively involved in the anti-apartheid movement in his 20s, Mandela joined the African National Congress in 1942. For 20 years, he directed a campaign of peaceful, nonviolent defiance against the South African government and its racist policies. In 1993, Mandela and South African President F.W. de Klerk were jointly awarded the Nobel Peace Prize for their efforts to dismantle the country's apartheid system. In 1994, Mandela was inaugurated as South Africa's first black president. In 2009, Mandela's birthday (July 18) was declared "Mandela Day" to promote global peace and celebrate the South African leader's legacy. Mandela died at his home in Johannesburg on December 5, 2013, at age 95."

After being in prison for more than 25 years, Nelson Mandela was released and became the first black President of South Africa.

After 27 years in prison Nelson Mandela was freed in 1990 and negotiated the end of apartheid in South Africa bringing peace to a racially divided country and leading the fight for human rights around the world.

The Nelson Mandela Foundation
Delivers an integrated, dynamic and trusted resource on the legacy of Nelson Mandela and promotes his vision and work by convening dialogues and creating platforms for engagement around critical issues to promote social justice and drive positive change. The Foundation’s mandate is to relevantly and tangibly use memory and dialogue to inform, develop and define.

Mandela: An Audio History
Mandela's journey from freedom fighter to president capped a dramatic half-century-long struggle against white rule and the institution of apartheid. This five-part series, originally produced in 2004, marked the 10th anniversary of South Africa's first free election.